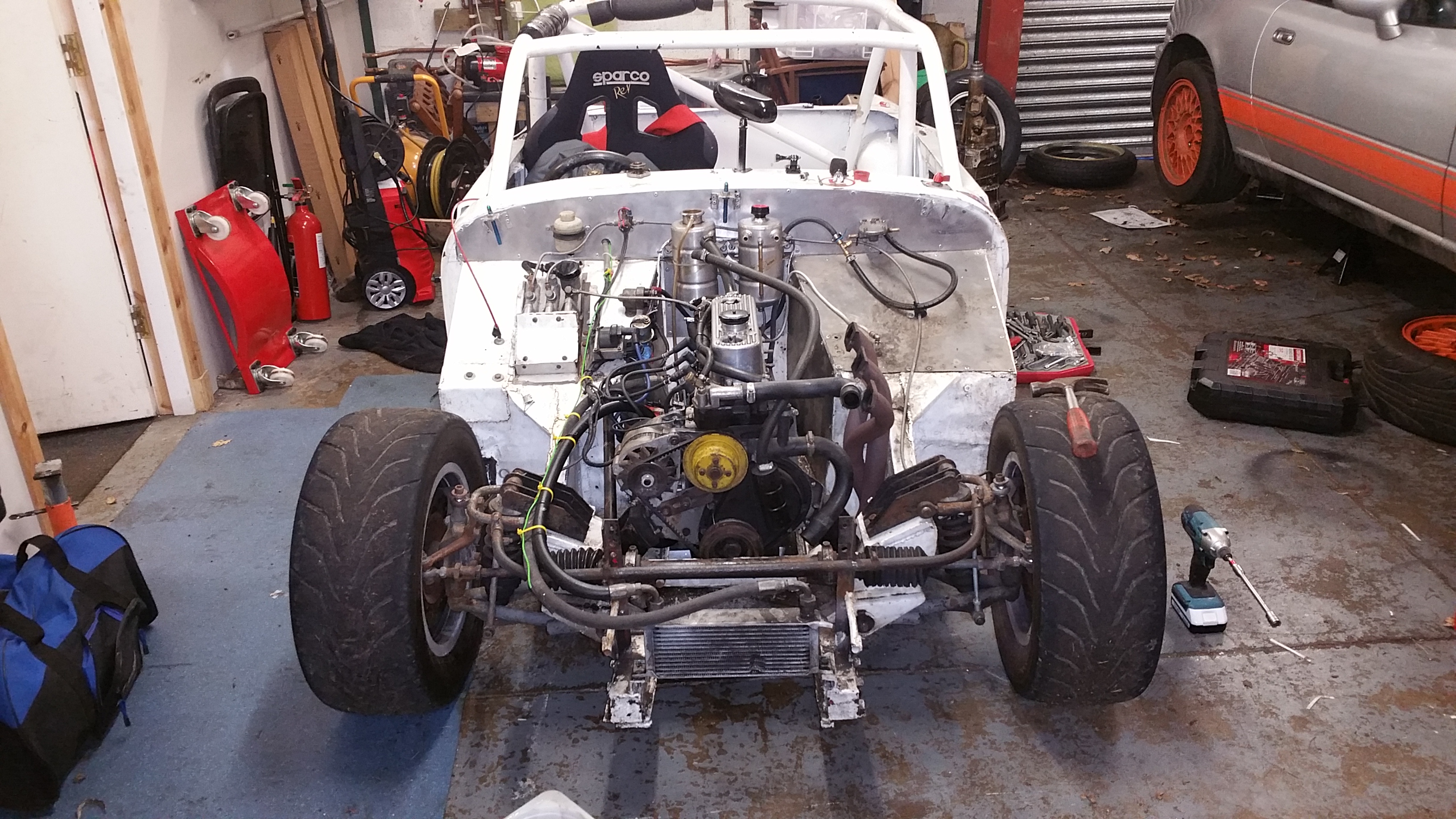 So today was a productive day, I had my 14 step guide to removing the engine, and  i started as it were at the very beginning. I had the engine out about 5 months ago so things should go pretty quickly

Remove Fiberglass front end : Nice and easy on my car the front tilts up attached to the body by a hinge from Peter May engineering. 4 bolts and it is away 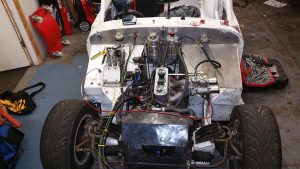 Radiator and hoses/ heater hoses: This actually the most awkward of all the stages, I am yet to find a way of doing this without pissing water all over the floor. I tried my best sticking a load of tubs under the car, but one the bottom hose it removed the water just spills out. still   two hoses removed and the lines to the Header tank disconnected. then 6 bolts to remove the radiator cover and remove the radiator. both radiator pipes split, they were looking a bit tired so will be on ebay for new ones tonight

Ground strap/ speedo cable: My ground strap is connected to the car via the engine stay, so i removed this at the same time. I have no speedo so this one can be ignored

2  x Bolts holding transmission: Actually there are 4 bolts, two in the car [either side of the tunnel] and two under the car

3 x Bolts holding gear stick in place: I always remove the cover from the gearbox first, it is only 4 screws, so no big deal. once that is done getting to the 3 bolts is easy, and the gear knob pops out.

4 x Nuts holding the drive shaft at the diff scribe a mark on the yoke to install the nuts back in the same place: Due to the rear axle work i was doing the diff, and drive shaft were already out of the car, so an easy step this time .

Drain Gear box /engine oil: Gear box has a big crack so no oil in that, engine is just the sump screw and a pit of patience

choke cable / accelerator cable: No choke, I tend to just remove the Carbs instead, its just easier and less chance of damaging them just disconnect the fuel pipe and 4 screws

3 x nuts holding exhaust flange to pipe: Once the carbs are off there is only 2 bolts holding the exhaust so this one is easy. 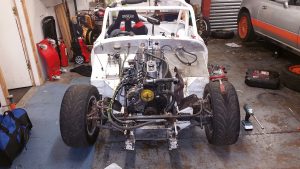 distributor wires/ starter wires /alternator plug: It always surprises me how few wires are needed to run a car, the Starter motor: one cable. Dizzy: one connector. alternator: one connector.   job done.  i decided to remove the Dizzy and cap as well again to reduce the chances of it getting damaged. 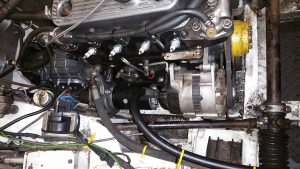 Clutch slave cylinder body or just the hose: i removed the cable seemed the easiest way. my clutch has a bleed value so reconnecting is a doddle.

job done in just under 3 hours , not too shabby.  next weekend we hoist the engine out so we can see the damage to the gearbox casing. 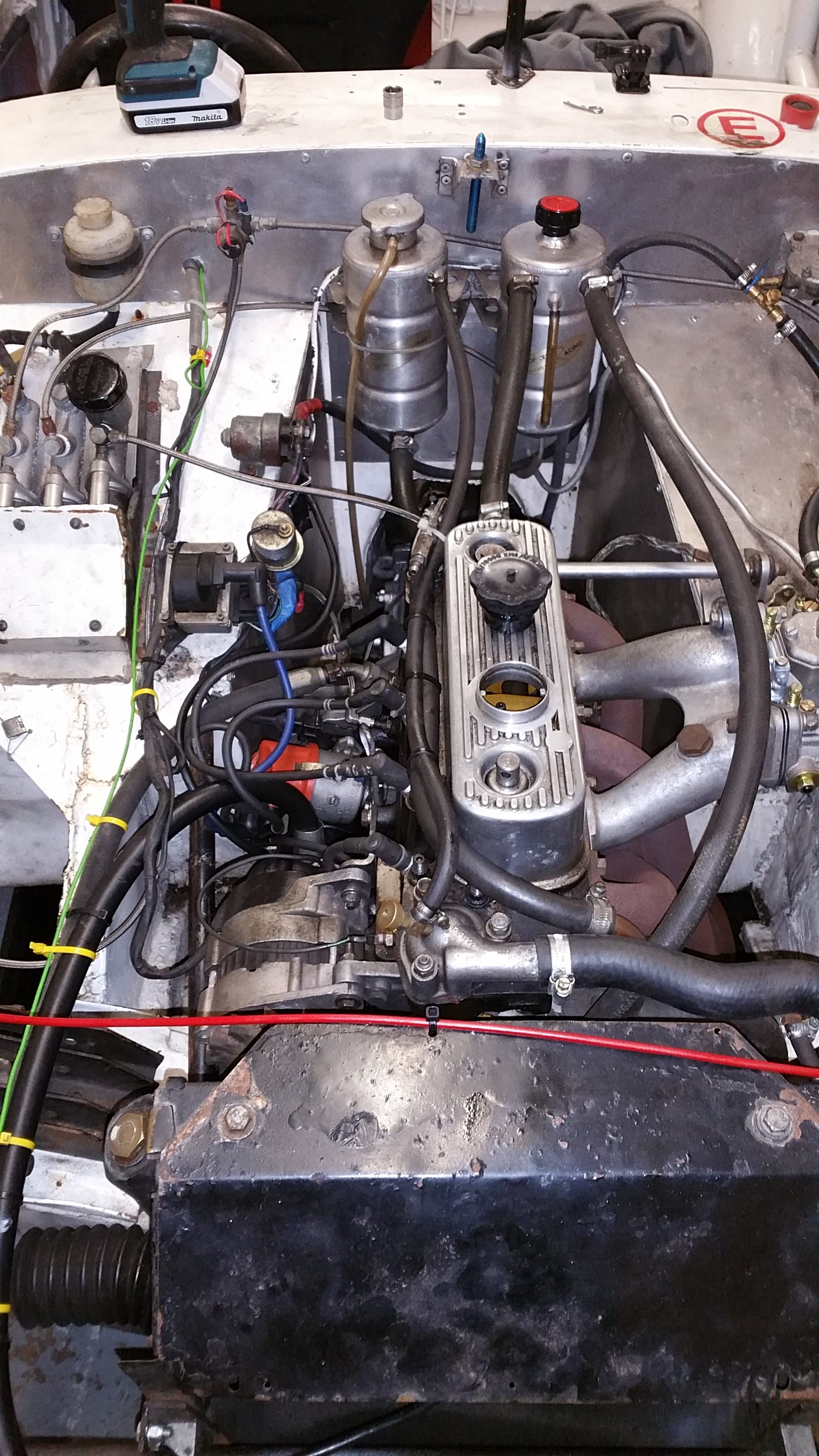 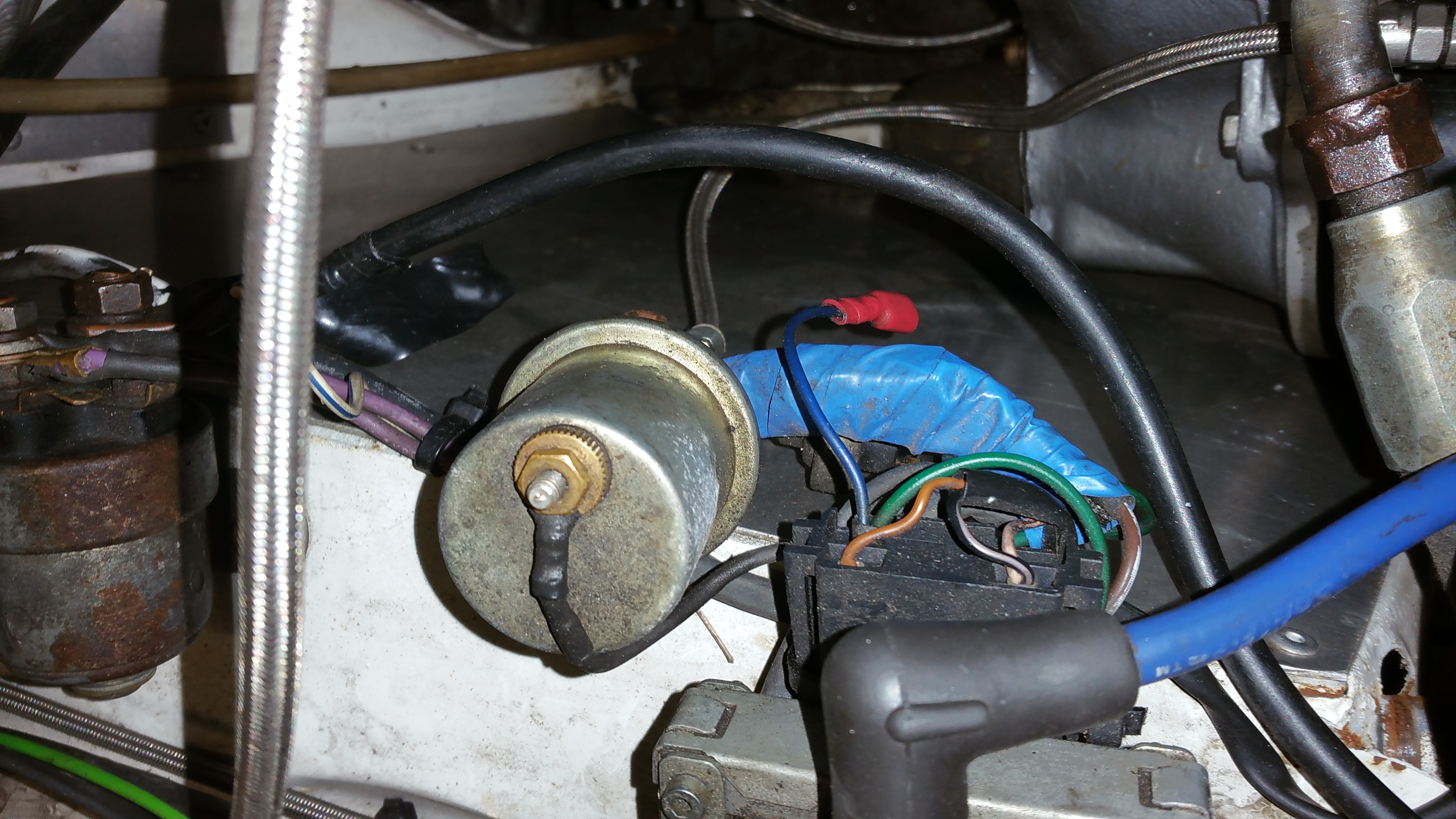 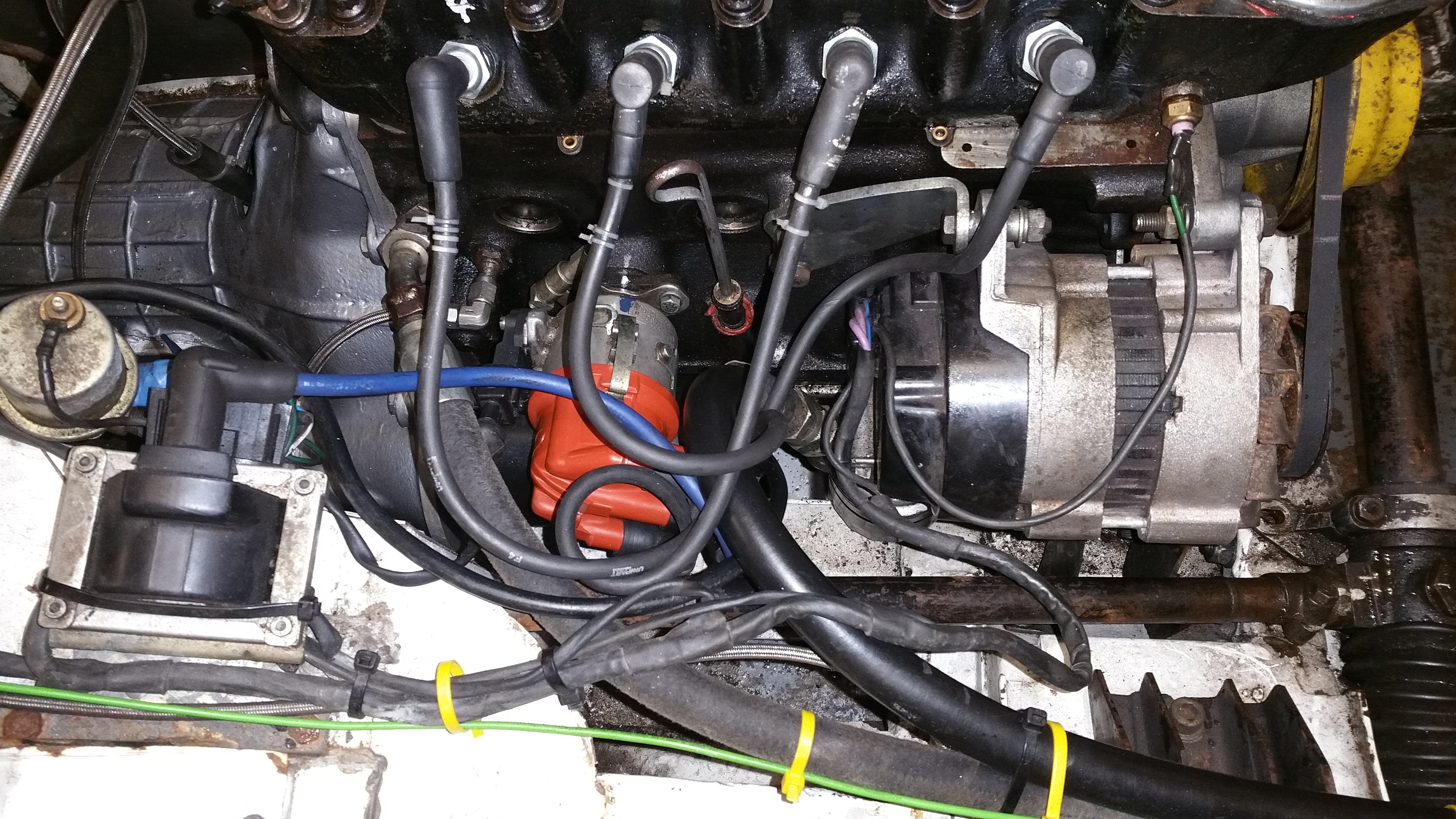 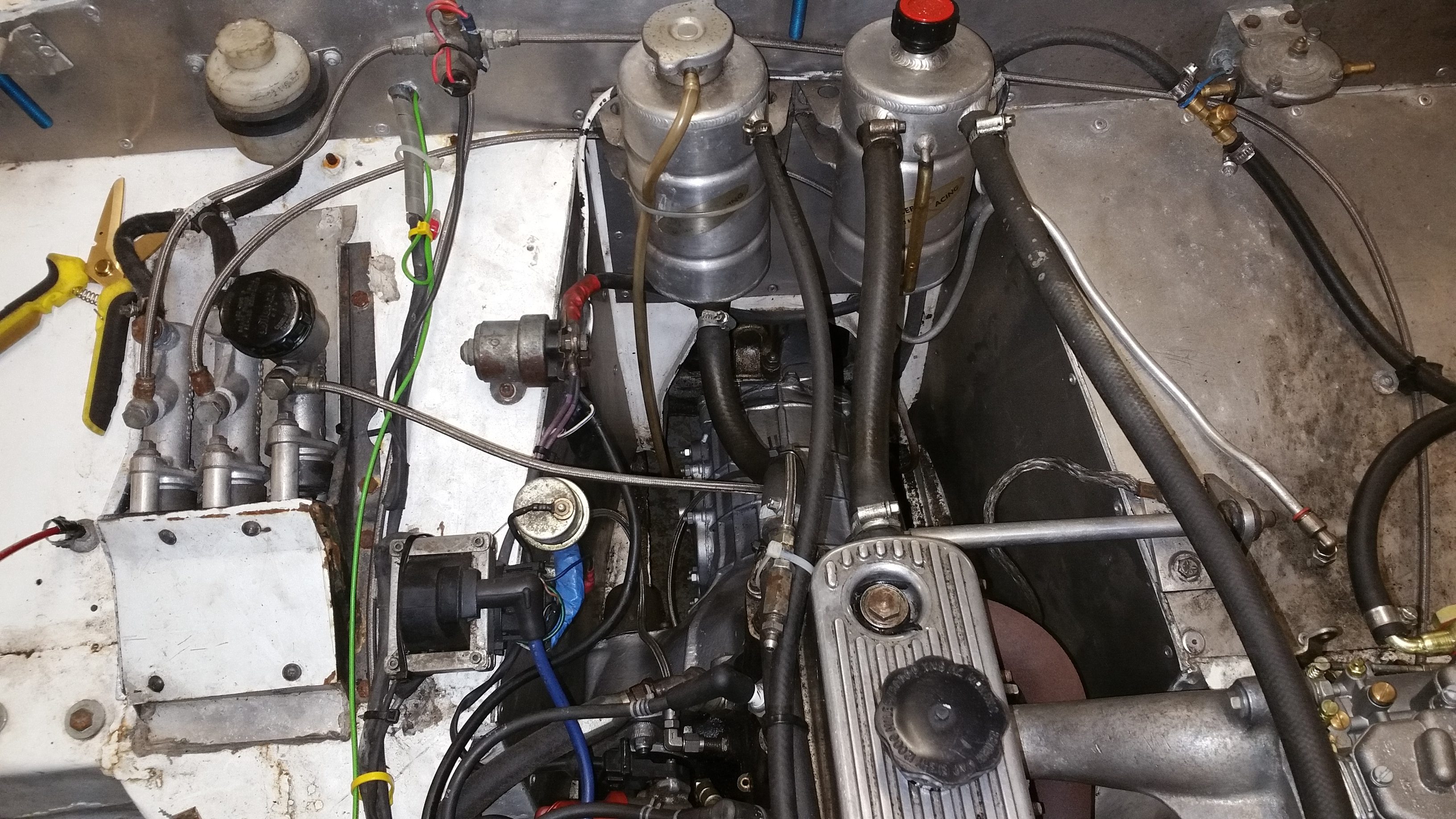 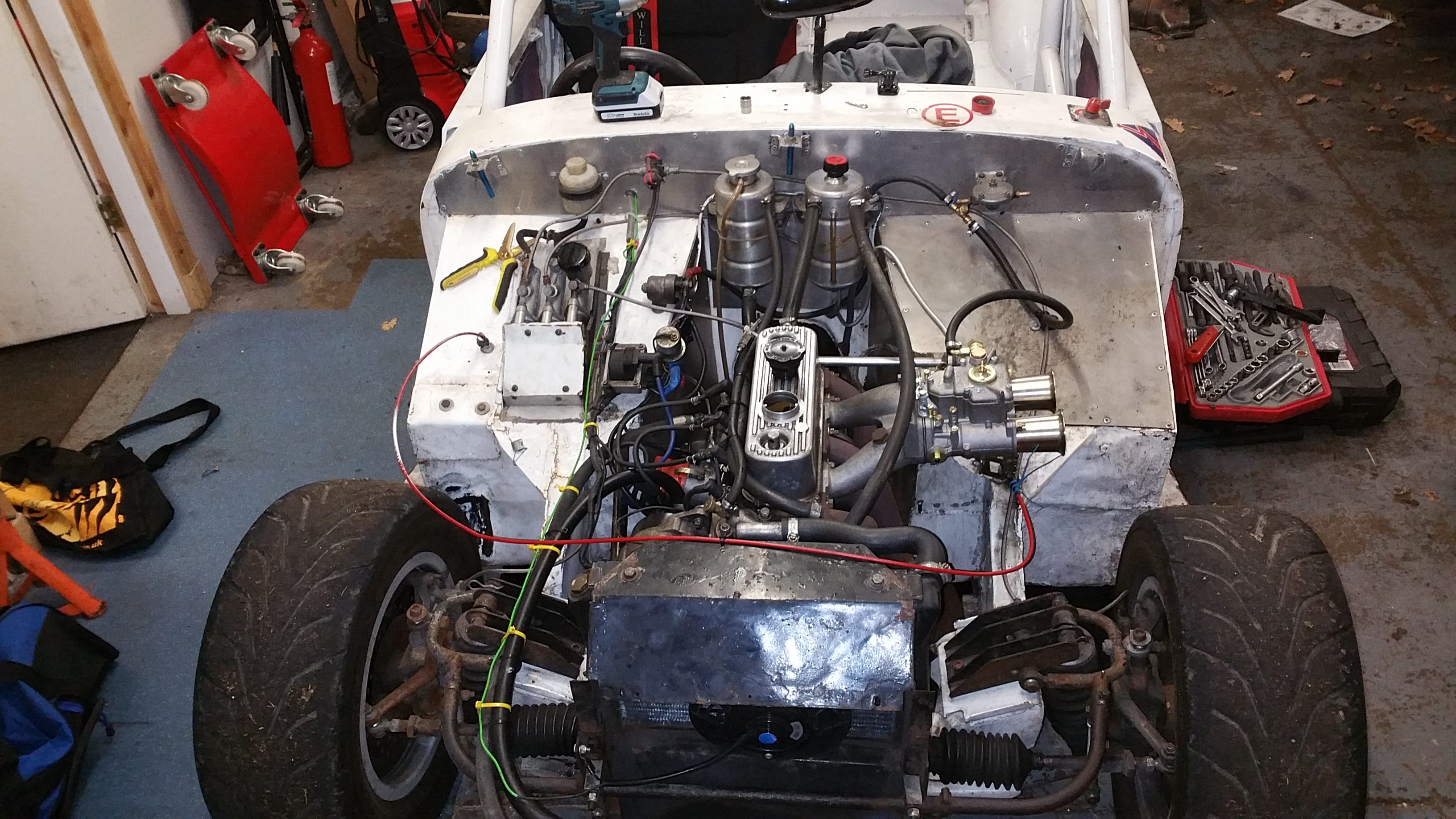 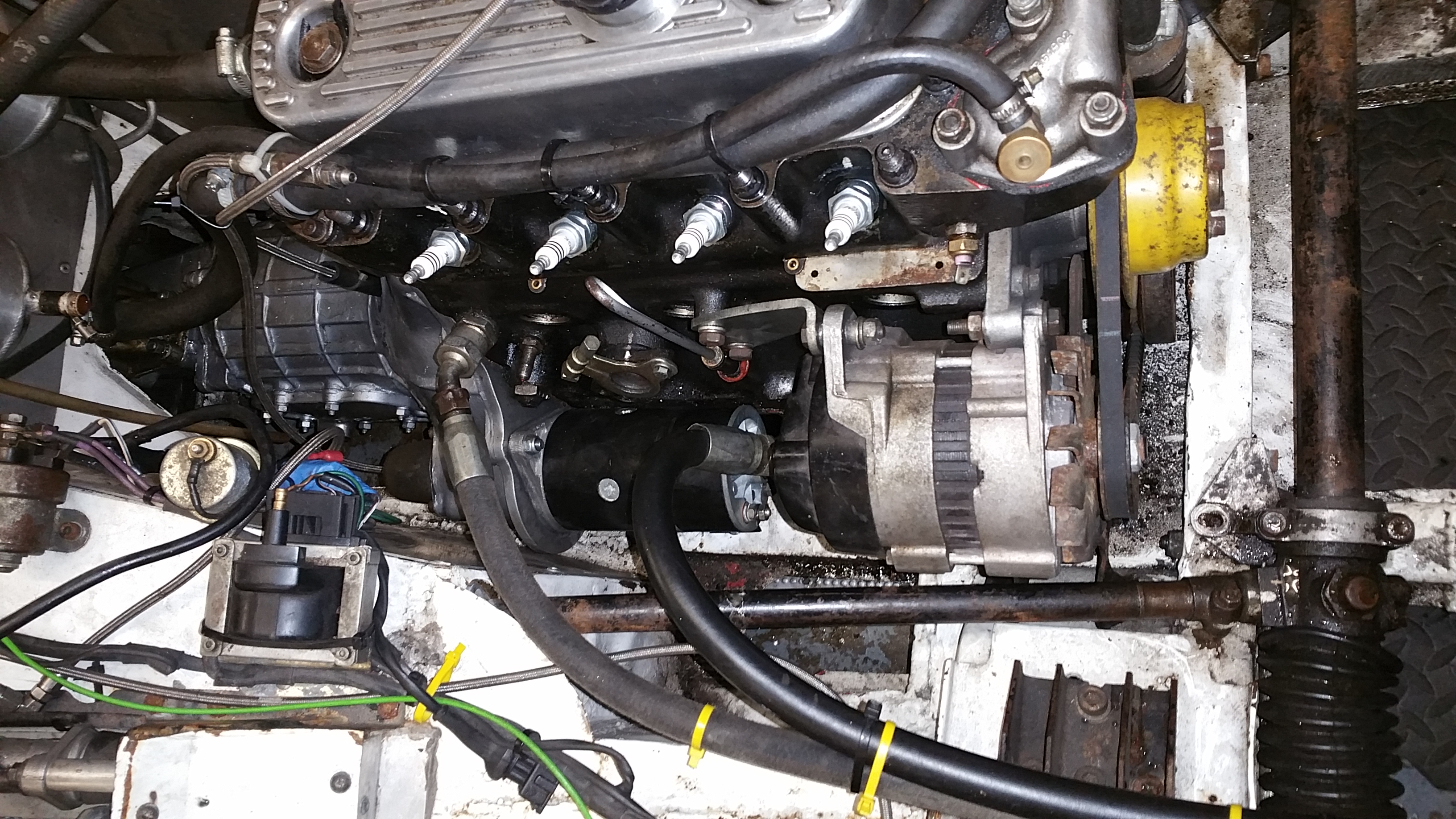 In Hong Kong, a betrayed wife is legally allowed to kill her cheating adulterous husband but she may only do so with her bare hands.
Alex