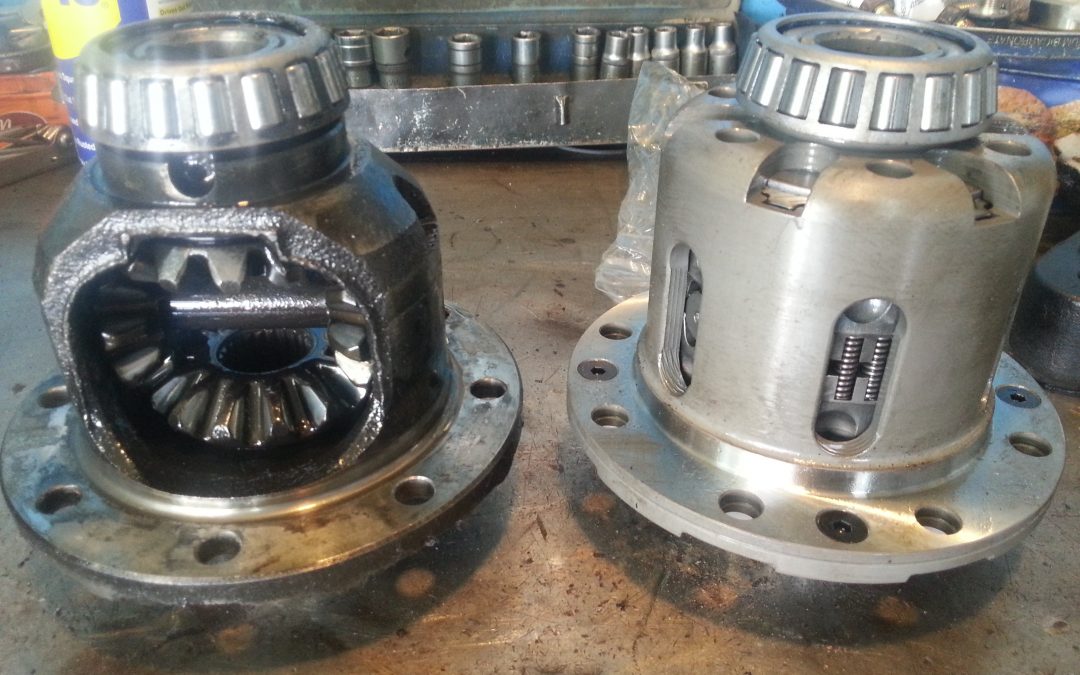 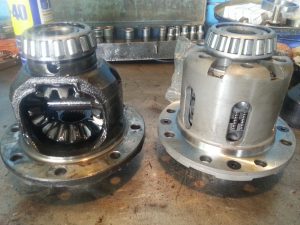 With an open/ standard differential, gears called spider gears allow the wheels to vary speeds to negotiate turns without binding up. This setup works great for the majority of passenger vehicles on the road today. If you are running an open differential and you hit a loose patch, the differential will send power to the wheel that is encountering the least resistance. This results in wheel spin on the loose patch side, while the solid contact side barely moves. While the majority of OEM vehicles are equipped with an open style differential,
Limited slip differentials [LSD] operate in a manner opposite to an open system. When a limited slip diff senses that a wheel is spinning, it will automatically transmit more power to the wheel that has more traction. These differentials will not divert 100% of the power to one wheel though. Limited slip differentials work well in nearly all vehicles where traction may be occasionally needed.
So when hill climbing what would you choose?
It’s not as simple as you think, most Hill Climb tracks do not have tight enough corners to cause a wheel to lift and in a straight line an open diff will outperform an LSD. But some tracks do have tight bends, Forestburn springs to mind and there an LSD will help to pull you round and out much cleaner and quicker. LSD diffs need more maintenance, expensive oil and the clutch type wears out over time. There is also the experience factor and driving style, fitting an LSD without really getting to know how it performs can hinder your drive and may even cause you to spin out.
So for Hill Climbs what is the answer? Well it depends on your budget, your cars power and how you drive
If you take the soon to be classic MX5 most models do not have an LSD fitted as standard, looking at the times posted in April, the tops 10 cars are within a hairs width of each over, some have an LSD and other do not, it is hard to see a real benefit, in the Classic road cars like the MG Midget then it is more important to get the right gear ratio, the standard car is fitted with a 3.9:1 gearing but for hill climbs it is recommend to have 4.3:1 or 4.55:1, plus the power of the little A series engines does not really warrant the need for an LSD. For the Big boys however in the BHC then the LSD is king, with the diverse range of tracks they race during the year and the sheer power they are putting down through the rubber, without an LSD you would see a lot more cars coming off.

Pinocchio was made of pine.
Alex